The gut microbiota as a regulator of the gut-skin axis 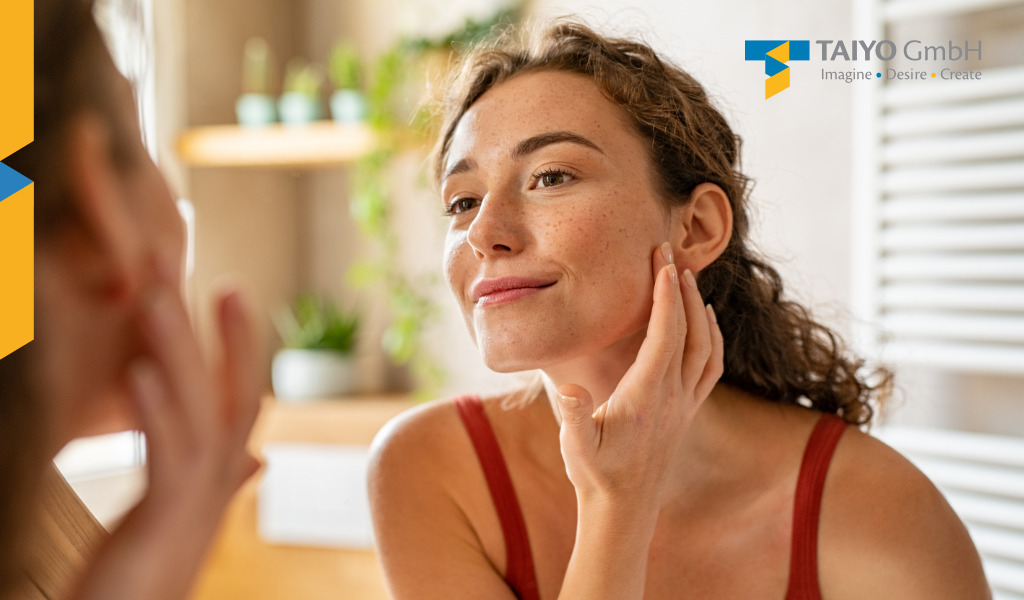 The intestines of an adult host a large number of different bacterial species. These are mainly present in the lower part of the gastrointestinal (GI) tract and form a symbiotic relationship with their human home. Several current studies describe the way the gut microbiota communicates with the skin as one of the main regulators of the gut-skin axis. The main focus of this research is to explore its potential influence on skin differentiation and cellular hornification, the modulation of the cutaneous immune response in various diseases and how this communication can be utilised to control various skin conditions.

Gut and skin, both densely vascularised and richly innervated organs with crucial immunological and neuroendocrine roles, are uniquely related in terms of purpose and function (1). As our primary gateway to the external environment, both organs are essential for maintaining physiological homeostasis. Several studies have demonstrated a close, bidirectional link between the gut and our skin. Additionally, numerous studies have linked GI health to skin homeostasis and adjustment mechanisms (1,2).

Gastrointestinal disorders are often accompanied by cutaneous manifestations such as blemishes and/or rashes. Moreover, the GI system, particularly the gut microbiota, appears to be involved in the pathophysiology of many inflammatory diseases (3,4,5). The skin diseases most commonly associated with a disturbed gut microbiota are acne, atopic dermatitis and psoriasis (Figure 1).

Figure 1: The gut-skin axis: Connection between the skin, intestine and skin diseases

The influence of the gut microbiota on skin homeostasis

The skin fulfils three main functions: protection from external influences, temperature regulation and water storage. However, it can only perform these and more activities in a state of homeostasis (balance). To maintain this state, an effective epidermal process — through which the skin regenerates itself — is essential. Epidermal cells arise from stem cells in the basal layer of the epidermis and undergo morphological changes as they reach the surface of the skin.

The cells differentiate into three types (basal, spiny and granule) before eventually becoming the corneocytes that form the outermost layer of the epidermis. This process of epidermal differentiation, also known as hornification (keratinisation), is controlled by specific transcriptional pathways (6,7, 8, 9).

Ultimately, this highly regulated process leads to the production of the outermost skin layer, the stratum corneum, which consists of about 15 layers of densely keratinised corneocytes held together by multiple lipid bilayers in a “bricks and mortar” model. The corneocytes serve as bricks, whereas ceramides, cholesterol, fatty acids and cholesterol esters form the mortar that holds the bricks together.

When epidermal regeneration functions appropriately, the resulting bricks-and-mortar structure serves as an effective barrier with the ability to limit evaporation, retain moisture and protect the skin from invasion by foreign organisms and substances (6, 7, 8). By way of its influence on the signalling pathways that coordinate this process, which is important for skin homeostasis, the intestinal microbiota influences skin health (1).

The intestinal microbiota also contributes to the skin’s adaptation process and the restoration of homeostasis after a disruption or stressor via gut-mediated effects on innate and adaptive immunity (10, 11, 12). Studies have shown that gut bacteria can positively influence the body’s response to impaired skin barrier function. For example, Baba et al. (2010) demonstrated that the administration of Lactobacillus helveticus can reduce the severity of sodium dodecyl sulphate-induced dermatitis. Another study described how recovery of the skin barrier function was improved.

Intestinal dysbiosis, a state of microbial imbalance in the gut, has the potential to negatively affect skin function. Free phenol and p-cresol, metabolites of aromatic amino acids, are used as biomarkers of a disturbed intestinal environment because their production is induced by certain pathogenic bacteria, especially Clostridium difficile. These metabolites are able to influence the metabolic status quo, preferentially accumulating in the skin and affecting epidermal differentiation and skin barrier integrity (1). Particularly high serum p-cresol levels are associated with reduced skin hydration and impaired hornification (13, 14).

Intestinal dysbiosis leads to increased epithelial permeability, which then triggers the activation of effector T cells and destroys their relationship with immunosuppressive regulatory T cells. Pro-inflammatory cytokines further increase epithelial permeability and initiate a vicious cycle of chronic systemic inflammation (1, 15). These are just some of the mechanisms by which a disturbed gut microbiota manifests itself in impaired skin function.

Treatment and prevention of intestinal dysbiosis

The gut microbiota is strongly influenced by diet. Although long-term dietary habits shape bacterial composition, a dramatic change in diet during a short period of time can quickly produce other undesirable “gut inhabitants”. Given the influence of the gut microbiota on the development of inflammatory diseases, this makes it possible to modify the microbiota in a targeted manner using therapeutic agents such as live beneficial gut bacteria or “probiotics” (16). The use of probiotics has already shown promising results in the prevention and treatment of various diseases (17, 18, 19, 20, 21, 22).

The use of probiotics has been particularly successful in the treatment of acne. Certain strains can suppress the bacterium, Propionibacterium acnes, which is responsible for acne outbreaks, among other factors. By secreting an antibacterial protein, the growth of this bacterium is inhibited (25).

Of course, many strains of probiotic bacteria exist, but the most important ones to consider in the context of skin health are Lactobacillus species and Bifidobacterium. In a recent human study, a significant decrease in water loss through the skin epidermis and increased skin hydration was observed after 12 weeks of oral supplementation with Lactobacillus brevis (9). A different study also showed a significant improvement in skin elasticity and increased skin hydration after 12 weeks of oral supplementation with Lactobacillus plantarum (25).

Nutrition is widely recognised as a key factor in terms of mediating the function of the gastrointestinal microbiome. Dietary fibre undergoes a process of bacterial fermentation in the GI tract, producing short-chain fatty acids (SCFAs) that promote a healthy colon. SCFAs can promote the growth of certain skin microbes that influence immune defence and regulate the skin’s inflammatory potential (25). Studies have also shown that higher dietary fibre intake is associated with increased gut microbial diversity; furthermore, a diverse population of bacterial strains in the gut is critical for gut and, therefore, skin health (25).

This article “The gut microbiota as a regulator of the gut-skin axis” is a translation of the article: “Die Darm-Mikrobiota als Regler der Haut-Darm-Achse”, published in the German magazine “Vitalstoffe 2/2021”, BK nutri network.

Do you have any questions regarding the gut-skin axis and Taiyo’s dietary fiber Sunfiber® for an increased gut microbial diversity? Please do not hesitate to contact us!